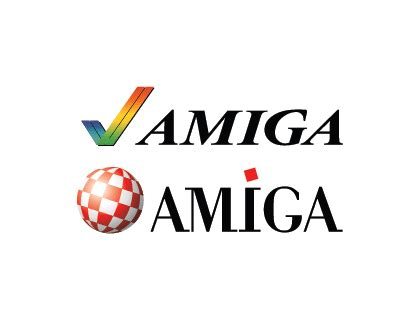 For many years I have owned a number of Amiga 2000's, 4000's, 3rd party hardware, and storage containers of software. All of it was used in a Television Broadcast Facility from the 1990's to the early 2000's. I was always facinated with these machines due to the inovation built into them. It was many many years before microsoft products had anything that could match what the Amiga was already doing. As soon as the Amiga's came into the broadcast facility, it replaced the old Film Chain for station ID's, and it replaced the Chyron text graphics generator. That was just the beginning. Of course learning the Amiga OS was encouraged by the manufacturer so that almost anyone could begin to build programs and create animations and fantastic visual effects.

The pages and images that follow here are my endeavors to bring these machines back into 100% operability and functionality. The machines have always turned on, but as time passed more and more hard drive failures occured. After all the old Quantum drives were 30 years old.

As of this writing, All FIVE Amiga 2000's have been refurbished. I broke them all down, one at a time, and cleaned rust, corrosion, and oxidation out of the cases and the external connectors. The zinc coating on all the metal surfaces seemed to attract dirt that became embeded in the zinc within the electrical environment and heat. Those metal parts were stripped down, metal prepped, rezinced, and baked. The cases were refinished in a color that I found matched perfectly with the original Commodore color. Even all the fastening hardware was replaced due to wear and oxidation that had taken place. The motherboards were washed down with Isopropal alchohal, a soft stiff brush, an air compressor, and a dremel tool.  Any discoloration in the motherboard, IC pins, and sockets, due to leaking barrel batteries or oxidation, was cleaned extensivly with the dremel tool, and the fiberglass scratch brush. A solder mask was applied to the repaired areas. Luckily there was very little of this type of damage. After all the cleaning and repairing and re-cleaning was accomplished, I used a lemon oil to add a new shine back to the motherboard and its components. It is the same lemon oil I use to polish the guitars.

The Hard Drive replacement was a bit challanging at times, as I had to re-learn how to work with the software.

The year is now 2021. but the last time I was working with these machines was in 2019. Before that, it might have been 2014, and before that, well maybe it was when I brought them home from the television studio in 2007. Some of the machines had Commodore A2091 SCSI controller cards, and some of them have GVP SCSI controllers. In 2019, I discovered that I could adapt an ultrawide 74 Gig SCSI into the 50 pin configuration. Those adaptors I found on ebay and or Amazon. Since then, I came across some IBM New Old Stock Ultrawide SCSI Hard Drives that I also adapted to the 50 pin configuration. And of course I bought into the SCSI2SD hardware. I found that the SCSI2SD works very well with the A2091 controller but will not work with the GVP controller. So obviously the GVP based machines received the new old stock SCSI hard drives.

These A2000's are also accelorated with GVP 030 / 040 hardware and a fair amount of fast ram. Each machine is complimented very well in that regard. I still have a fair amount of Chinon Floppy Disk Drives that work without errors, but have opted to use, when available, new old stock Samsung or Sony Floppy Disk Drives that are modify to work in the Amiga.

I have given the GoTek USB / Floppy Emulator a try. That device is very useful but I do not like the .adf limitations built into it depending on who you buy it from. I bought one and plan to buy one for each machine, but I will get them from the originator of the software and buy that license. I have communicated with the manufacturer and he has assured me that with that license I can use the Gotek device to read any Amiga OS based software, not just .adf images.

These images in the gallery were taken during the refurbishment. All the A2000's have been completed with the exception of one case exterior still needs to be refinished.

Soon I will take better photos of the machines in their new rack.

I created a detailed configuration list for each machine during the work.